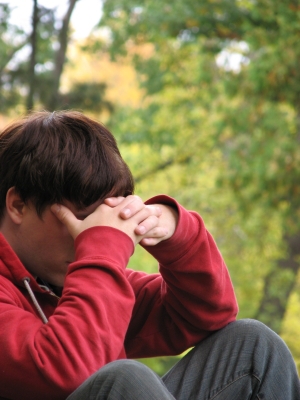 Depression is a serious disorder that comes with a variety of symptoms, including insomnia and anxiety. This is especially true for senior citizens who face depression.

Depression is more than just “feeling sad” — and is treatable with a variety of antidepressants and anti-anxiety medications. Many senior citizens are given a “depression cocktail” to alleviate their symptoms and get them on the road to living a higher quality lifestyle.

Reducing depression is known to also reduce risk of suicide — but now, a recent study has revealed that depression is also putting seniors at an increased risk for car accidents.

The study was published in the American Journal of Geriatric Psychiatry, a peer-reviewed journal. It found that three classes of drugs appeared to be associated with an increased risk of vehicle crashes — SSRIs (Selective Serotonin Reuptake Inhibitors), SNRIs (Selective Norepinephrine Reuptake Inhibitors), and Benzodiazepines (sedatives). This increased risk lasted about three months after beginning treatment with these medications, which is about the same time it takes for a senior to become adjusted to a new medication for depression treatment.

Untreated depression involves a lack of concentration, increased suicide risk, and an overall lowered quality of life. The findings of this study should not stop a senior from getting treatment for depression. The increased risk of car crashes may be significant, but the risks of depression are far greater. Additionally, the study is a comprehensive data study that demonstrates an increased risk — however, the cause of the crashes could not be definitively determined, as the individuals involved were not interviewed.

It may be wise for seniors starting on an SSRI, SNRI, or Benzodiazepine to allow three months of adjustment to the medication where he or she does not drive until they are aware of how the medication(s) affect their ability to concentrate and reflexes.

Too Little Salt Causes Problems TooAsthma: With You Until The End and Asthmatic Attack

Stress vs Stroke: What are the Differences?

How Brain Inflammation May Cause Depression

Depression Symptoms Can Be Difficult to Identify